Live and Pre-recorded Online TV Shows as Standalone Events or Broadcast During Your Conference.

Stand out from the crowd with your own professionally produced online TV show. We provide all the editorial content creation and programme formatting for you.

Ideal for websites, social media and as pre-recorded inserts for virtual conferences.

May 2022 – 3,000 members of the European Society of Endocrinology attended their first annual congress since COVID restrictions were lifted. Roy was the MC and facilitator on-stage but also running alongside the congress were 2 x daily LIVE 30 minute online TV shows first introduced at their previous online event. It proved so popular with remote delegates as well as in-person attendees. Each afternoon show we previewed highlights for the next day. The morning show reflected on the highlights from the previous day. The content was medical and scientific (not for members of the public) so here are Roy’s TV links and interview questions only.

Sir Anthony Hopkins was awarded an Oscar for his role in 'The Father'. The film chronicled his experiences with dementia. Here Kate talks at length to Peter Francis, the film's Production Designer about how they went about creating such an absorbing but completely disorientating experience for the viewer.

For London Speaker Bureau, Roy Sheppard interviewed Dame Carolyn Fairbairn, former Director-General of the CBI (Confederation of British Industry) LIVE and interactive to share her point of view on the future role and opportunities women have in the business world today. This insightful discussion also covers topics such as Inclusion in the workplace, digital transformation and International Trade.

"Knowledge Oman" in the Middle East invited Roy to host a LIVE interactive TV show interviewing Roger Fisk, former political strategist to President Barack Obama. Production was in Muscat in Oman, Roy was in the UK  while Roger Fisk was in Washington DC, USA.

ZimmerBiomet, the $8.6 billion medical devices company commissioned us to create an online course to help orthopaedic surgeons give more engaging medical presentations. You can enrol on this course by clicking the image below.

For professionals who feel uncomfortable about selling themselves, this online course teaches how to generate a steady stream of high-quality referrals for your business. You can enrol on this course by clicking the image below.

Helping you clarify your desired communication and commercial outcomes and honing your key messages. Then creating a format and structure for your TV show. Selecting the TV presenter (additional costs may be incurred).

It is our job to make your contributors look and sound GREAT on-camera. A lot of that is helping them relax and coaching them to appear more confident on-camera.

In the lead up and on the day of the broadcast, we will work with you to fine-tune the script, conduct a technical run-through, give briefs to contributors and help everyone (including the audience) to have a positive experience.

Free tips for all video interviewees and online presenters

This LinkedIn video presented by Roy has been viewed thousands of times. We are confident even experienced online presenters will learn a few new tricks from this 10 minute video tutorial.

If you’d like some specific coaching, please get in touch. 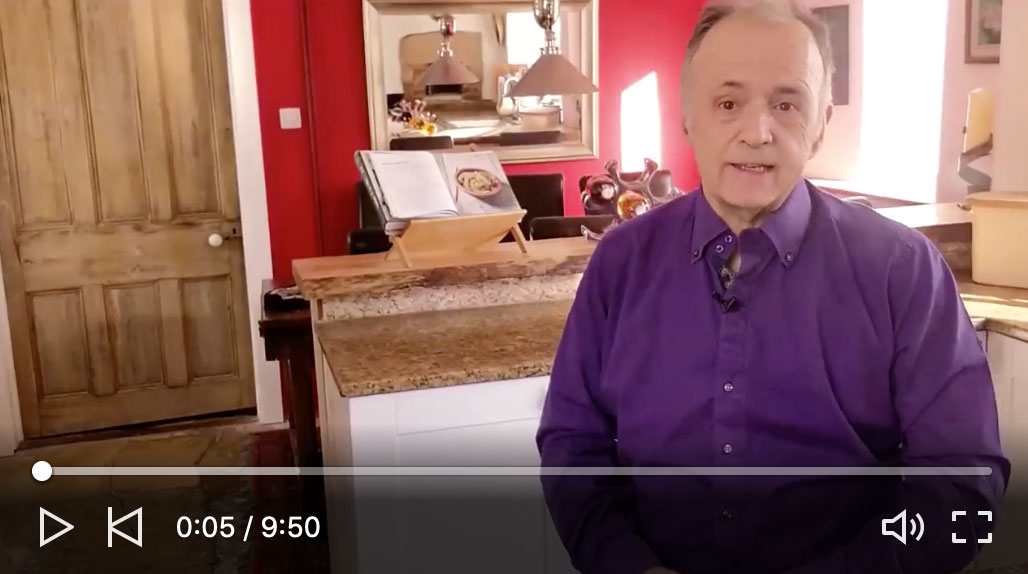 I recently worked with Roy on a project for a global pharmaceutical company. Roy was brought in to be the moderator of a European webcast. This was a complex project on difficult subject matter. Roy was able to quickly assimilate into the project, ask the right questions in the run-up, and seamlessly moderate the 2 hour webcast. Within this, he moderated a panel discussion with 5 panelists, being able to balance different opinions and let everyone’s voice be heard. Roy brought a great degree of oversight and in-depth knowledge to the project and was absolutely wonderful to work with!”

Being able to capture attention is paramount. You absolutely need top notch speakers and even more – someone who can interact, manage, give rhythm and be the voice of the audience. That is almost an art, and this is where Roy excels. His versatility, his ability to organize a discussion topic or lead, give not just a professional dimension to your event but the extra mile that makes it a unique experience. Whether it is in front of a camera – eg virtual- or on stage, I am looking to soon collaborate again with Roy.”

In 2017 when our FRESH conference went online as a multi-hub conference, Roy gave a great performance as our chief moderator. He was leading, from Brussels, 4 other moderators in 4 other cities in Poland, Holland, Portugal and the UK. As an experienced TV host, Roy understands how to involve online audiences and how to work with nervous online speakers or even online panels… His expertise and talent, makes an online event look so much more professional. Roy is an energetic, eloquent and brilliant MC and moderator who just gets people engaged and energised in a way you would not expect from an online event.

Roy is known for providing a ‘light-touch, with deep understanding’.

Roy has been a professional TV producer, presenter and interviewer for over 30 years: on BBC network radio and TV, online and at major international conferences. (The pictures above were taken in Dubai in late 2019 when he interviewed the former President of Mexico Filipe Calderon and the former Australian Prime Minister Julia Gillard.

Roy has interviewed presidents, Nobel prize winners, global CEOs and corporate executives, scientists, doctors and surgeons, academics, actors, singers, sports stars and the most challenging (and sometimes most soul-destroying!) interviews in the world – ‘vox-popping’ THOUSANDS of ordinary people on the street and with delegates at conferences around the world.

He has also chaired countless panel discussions including two hour live medical webcasts with professors and clinicians, whilst handling live questions submitted from hospitals throughout Europe.

A visiting lecturer for the Open University on media & presentation skills, Kate is a highly.experienced presenter and interviewer of all types of programmes, videos, conferences & live events, Kate is as at home in front of a camera as on a stage, among the delegates or behind a mic.

If you’d like some help creating and delivering high-quality online TV shows for your business or organisation, please get in touch to arrange a free phone consultation.